The Newell Pioneer Village in Champoeg is a fabulous place to visit if you want to know about how the Oregon Trail pioneers lived. A lot of families donated the clothing the pioneers wore, or the string beds they’d slept in, or old flintlocks, schoolbooks, all kinds of things.

Plus, there are kind, knowledgable docents who can explain the stories behind the artifacts. One lady was nice enough to model a bonnet for me. She said it made her feel like a horse wearing blinders. It cut of all peripheral vision. 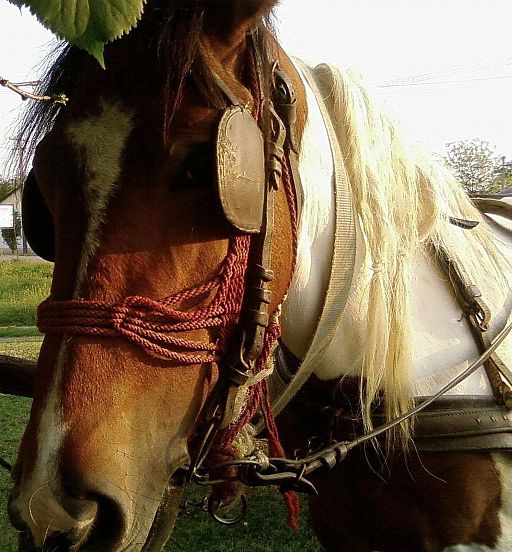 On the one hand, it’s good to have something to protect you from the sun, especially when you’re out harvesting the crops in the blazing sunlight. They didn’t really have much in the way of sunscreen back then. Plus, being tan was seen as lower class. The fashion was to have skin as pale as possible.

On the other hand, I would hate to feel like a horse wearing blinders.

I liked the idea of using details from daily life in my story, so I made this a point of conflict between Matthew and Liza. He wanted to keep her protected from everything, including the sun, while she wanted to be free and independent.

“Women’s fashions are often ridiculous, but there is some merit in wearing a bonnet. It will protect you from the sunlight.”

“But I’ll be able to better see what I’m doing without it.”

“It’s not proper for a lady to go bare headed.” They had arrived at the wheat field, and he handed her the bonnet again.

She squinting up at the sky, then around at the fields on every side. “Who would I shock? The birds?”

“You are not taking into account the feelings of this innocent, young kitten. They’re very sensitive at that age.” One corner of his mouth twitched up, as if he were trying to restrain a smile.

“I am starting to wonder about this kitten. No matter how often I offer him food, he never seems hungry. Are you still feeding him snacks at odd hours of the day?”

“I have no idea what you are talking about,” he said, straight faced.

“I think I should name this kitten here Elijah. The ravens must be bringing him food.”

“I think you are trying to change the subject.”

“It is my head, and whether I put a bonnet on it — or not — is my decision.” She draped the bonnet over a stump.

Liza knew she was being stubborn on this issue, but it seemed important to make that point clear. He was trying to look out for her, protect her. That was his instinct with women. But he could not have it both ways. He could not protect her at the same time he was planning to leave her.