Still have a couple things left to do.

An update on the progress of my very first published novel: His Forgotten Fiancée is now available (for pre-order) in digital format. Grab your own copy while it’s hot. (And judging by the thermometer outside, it’s hot.)

It’s funny — seeing this produces the same thrill I felt when the paperback version was posted. It’s like a whole new book being put on Amazon. This doesn’t get old!

Note: the following is not a paid infomercial. I bought a tool and found it useful. I thought you might too.

I wrote a book in a week. I wrote it in a mad rush, spewing out a lot of words in a short span of time. I was in a rush to get the story out of my head and onto the page. The word ‘obsessed’ could be used. I did not have time to plot or plan or outline. I just wrote. So when I went to revise it, I needed help to see how it all fit together, laying out all the scenes.

It has a lot of scenes that have to be in a specific order because the suspense is (or should be) building with each scene. Plus, I need threads of romance and suspense woven into the plot. I need to know where each character is during each scene, who’s active vs. just standing around, and I need to know the time of day of each scene. And I need to be able to see all this information at a glance.

Insane? Well, all right, maybe it is. But it is also doable, with the right tool.

Aeon Timeline is designed to do all this.

I assigned each scene to one of three arcs. (You can have as many arcs as you want, and turn them on or off. I set this up to view the main arcs to ensure I was including enough suspense scenes and enough romance scenes.)

I create timelines for each of the main characters, and selected whether they were in the scene to participate, observe, or in one case, die. If I’ve got a character who spends most of the scenes participating, I question whether I need this guy around at all. Maybe I can combine him with another character.

In this story, the action takes place over 12 hours. I assigned each scene to a specific time of day because I wanted to make sure I wasn’t grouping all the actions scenes together, but pacing them out with romantic scenes or character development.

Tip: When I first tried to set this up, I got incredibly frustrated. No matter how often I tweaked the settings, I ended up with a screen that showed the last 30 years, with all the events I needed to track scrunched up all together in the last 10% of the screen. If you’re in this position, make sure the Timeline Bounds are set up correctly, then exit the app and open it up again.

Having finished the first draft of my new story, I’m ready to relax and take it easy. Put my feet up.

Alas, there are no magical story elves waiting in the wings to turn my story into a polished manuscript. (I really wish there were story elves.)

One word after another.

The trouble with sprinting through the first draft is that now I’m back in Revision mode. I’m like a child who rushed through the strawberry shortcake and is now facing a plate full of broccoli. I do not love broccoli.

Yes, I know broccoli is good for me. I can even appreciate that you can take cool pictures of broccoli that illustrate how fractals can be found outside of a mathematics textbook. That’s all well and good. But it doesn’t make me appreciate a plateful of the stuff. 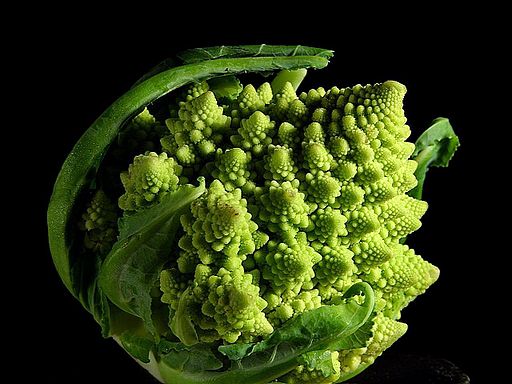 But if vegetables are inevitable, then it behooves me to find a way to enjoy them.

(Can I get bonus points for using ‘behooves’ in a sentence? Especially this early in the morning?) 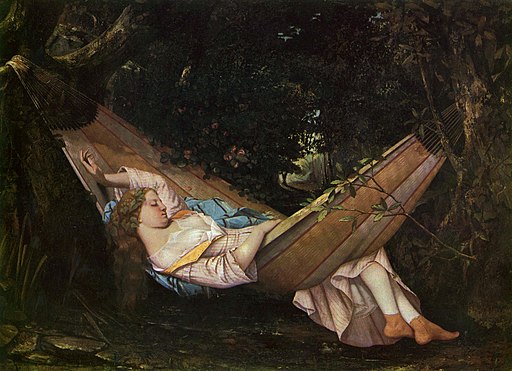 My inner editor, during my 55k sprint

Turning a rough draft into a smooth draft involves a lot of clean-up. I went through the first draft in a rush. I did not stop and ask “does this work?” The inner editor was off in the Bahamas, lying in a hammock and sipping drinks from a glass with an umbrella stuck in it.

Now I’ve got a plot with several characters who all serve a purpose for the couple of scenes they’re in, but then spend the rest of the story standing around in the background. I’m paying these characters. If nothing else, I’m paying attention to them. So if they’re underutilized, I’m going through the story and combining them, making one character serve two or more functions.

I want to adopt this writer’s positive attitude toward revisions. Broccoli is good for me. So are revisions. If I search long enough, I’ll find something to like about the process.

Like the finished manuscript that awaits at the end.

These days, the emphasis is on writing as many books a year as you can. Books like Rachel Aaron’s 2k to 10k are very popular. The trouble is, writing that many words requires some dedicated writing time.

The other week, I took a vacation. Usually, that means I go visit family or go somewhere with friends, group activities. This time, I was selfish. I took a week off the day job to see what it would be like if my day job were writing novels.

I had an idea that I was toying with, and the secondary characters were hinting they had stories to tell as well. Looked promising. I noted how many words I was writing and the hours when I wrote, to see if there was a certain time of day when I usually wrote the most.

The first couple days, I wrote in the morning and then wrote for a few more hours in the evening. I was getting to know the characters as I developed the story, averaging 5-6 hours a day in the chair, and the words were piling up in a respectable fashion. Not thrilling, but respectable.

The ‘not thrilling’ part worried me. If I want the reader to turn the page, I need to make sure the story grabs their interest. A slow-going pace used to work, and some readers still prefer it. But a fast-paced book is much more likely to sell and gather word-of-mouth recommendations. In the back of my mind, I kept thinking I should find ways to zap some pizzazz into the story.

Then on Wednesday, things changed.

I wrote in the morning, fleshing out the scenes and trying to find ways to amp up the suspense. Then I went to get ready to go run errands. I was brushing my hair when I stopped, put down the hairbrush, and grabbed my notepad. I’d thought of something that might turn out to be writeable, the seed of an idea. By the time I went from the bathroom to my desk, the seed had taken root, sent up shoots, and blossomed to a full-fledged idea.

I never did get those errands done that day. Since I was tracking words-per-hour, I can state with certainty that I wrote 3500 words in the first hour after I got the idea. By the end of the day, I’d written over 7,000 words. Even when I left my desk to get more tea or grab dinner, I took my notepad with me and kept scribbling. The idea had grabbed me and would not let go.

So what changed? What made the difference between the first couple days of “okay” progress and the lightning-fast writing sprint that was the rest of the week? I got an idea that gripped me. It had suspense, tension, drama. I was totally caught up in what I was writing.

How did you get an idea that grabbed you and wouldn’t let go? I kept asking questions. I wasn’t satisfied with what I was writing. I needed something that was exciting. And so I kept asking myself questions, as if I were being interviewed by a journalist who would not stop until they uncovered the truth. Plus, I kinda think I got lucky. But I don’t think I would’ve gotten lucky if I hadn’t been looking.

If you’re a numbers nerd like moi, these are the stats:

Wednesday and Sunday, I only worked half days. I didn’t start at the same time each day, but I wrote from the time I got up until late into the night. That was pretty much all I did on the 10 thousand word days. I gave myself time off on Sunday because my brain was getting tired.

In short bursts, I don’t really notice anything different, physiologically, when I’m writing vs. when I’m not. This was different. Seekerville has a post on creativity and improvisation and how they affect the brain. There really are changes in your brain when you’re writing fast. There’s a physiological aspect to writing. Just because it’s all in your head doesn’t mean it’s not physical.

It was a weird feeling. I could feel my brain working. I read that when the creative areas of the brain are working, there’s more blood flow to those areas.

For example: ordinarily, I am a very good speller. It’s never something I’ve had a problem with. This week? Couldn’t spell anything. The ms. was riddled with typos. At first, I stopped and went back to correct them, but by the end I’d given up trying. They were too prevalent.

Now that I’ve got the first draft written, I am going through to smooth out the gaps and see if I can streamline the narrative. I started out with a lot of characters who only have one or two scenes. I want to see if I can compress these secondary characters, have one fulfilling multiple roles. I should probably track how long revising takes vs. writing. I want to see if I can revise at a faster pace. I took way too much time revising Geoff and Lia’s story. Writing and editing are skills, and skills can be improved.

There is no terror in the bang… only in the anticipation of it.”
-Alfred Hitchcock