“If you look for truth, you may find comfort in the end: if you look for comfort you will not get either comfort or truth—only soft soap and wishful thinking to begin with and, in the end, despair.”
― C.S. Lewis, Mere Christianity 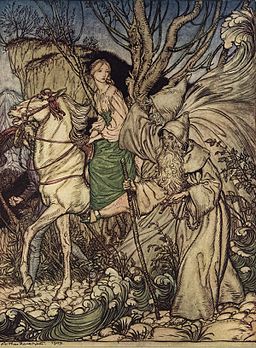 Once upon a time, I went to grad school. One of the seminars was on Children’s Literature. It turned out to be the site of the fiercest arguments and the most passionate advocates of any class I ever attended.

Most of my fellow students were teachers in schools where the majority of the student body had parents who were themselves not literate, or who didn’t speak English as their first language, or who were so preoccupied with trying to keep a roof over their head that they didn’t have time to sit down and read to their children.

These teachers formed a cadre, united by their passionate belief that it was absolutely wrong to try to teach children fairy tales, or any kind of fantasy at all. In their opinion, literature’s sole function was to serve as a mirror. It reflected back to the reader exactly the reality that the reader saw all around them. Their fear was that children would not become interested in reading if they read about worlds different from their own.

I was in the other camp. To me, literature should be a window, not a mirror. It lets you look out onto landscapes you would never see otherwise. Sometimes when you look out of a window, you catch sight of your own reflection there. It never looks quite the same as the you in the mirror though. This is like looking at yourself from the outside and seeing a new side of you.

Terry Pratchett wrote an essay about the importance of fantasy for children:

… let’s not get frightened when children read fantasy. It is the compost for a healthy mind. It stimulates the inquisitive nodes. It may not appear as ‘relevant’ as books set more firmly in the child’s environment, or whatever hell the writer believes to be the child’s environment, but there is some evidence that a rich internal fantasy life is as good and necessary for a child as healthy soil is for a plant, for much the same reasons.

The cadre were right about one thing: not everyone is going to enjoy reading fantasy or science fiction or anything that does not reflect the immediate world around them. But that doesn’t mean they shouldn’t be introduced to these stories. For some students, the experience is like opening the door on a whole new world and stepping into your kingdom. You don’t know which group a child is going to fall into until you let them discover for themselves what they like.

Let the children explore. Let them read fairy stories. They might become ferry tales, carrying them into a different world to help them understand their own. 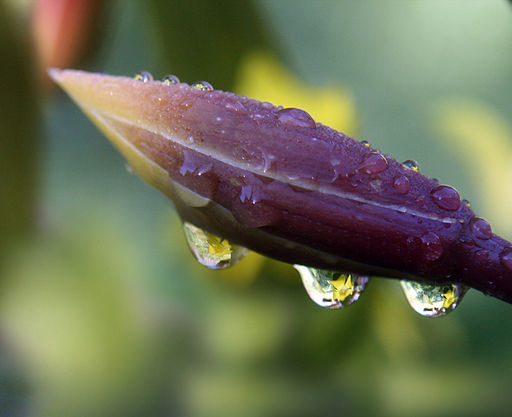 Your patient will, of course, have picked up the notion that he must submit with patience to [God]’s will. What [God] means by this is primarily that he should accept with patience the tribulation which has actually been dealt out to him—the present anxiety and suspense. It is about this that he is to say “Thy will be done”, and for the daily task of bearing this that the daily bread will be provided. It is your business to see that the patient never thinks of the present fear as his appointed cross but only of the things he is afraid of.

Let him regard them as his crosses: let him forget that, since they are incompatible, they cannot all happen to him, and let him try to practice fortitude and patience to them all in advance. For real resignation, at the same moment, to a dozen different and hypothetical fates is almost impossible, and [God] does not greatly assist those who are trying to attain it: resignation to present and actual suffering, even where that suffering consists of fear, is far easier and is usually helped by direct action.

I’m trying something new. On Fridays, I’m going to fast. An information fast, that is. I’m going to shut off the Internet and write.

I tried it last Friday. I was fairly twitchy at first. Kept reflexively moving the mouse over to the email icon or opening a web browser to look at the News or Twitter. If I had to pay myself a quarter every time I did that, I’d — well, I’d be able to buy myself more than a cup  of coffee. The experience was very educational.

We spend too much time looking at “what’s going on” in the world. It starts out as a reasonable thing to do. The world changes every second, there’s always something happening, and it’s basic human instinct to want to prepare for what’s coming.

The problem is, there is always something happening, something to worry about, something to stress or plan or prepare for. I am going to try taking one day out of the week and put the daily news on pause.

There are things in my life I cannot control.

There are things in my life that I can. Such as how I spend my time.

Today, I chose to turn off the television, close Twitter, avoid email. I will light a candle against the darkness, sit down with my notepad and pen, and write.

For God hath not given us the spirit of fear; but of power, and of love, and of a sound mind.
2 Timothy 1:7

Benjamin P. Hardy wrote a post on how you can be responsible for  your life despite factors that are outside your control.

Is this a picture of a young woman or an old one?

What I see when I look at you is different from what you see when you look at me. Sounds obvious, no? But it’s very easy to slip up on this one.

I’m going through a manuscript and verifying there are no egregious errors. That gets more tricky because as part of the revisions I had to re-write some scenes from a different character’s point of view (POV). I’m doing a pass now specifically looking for moments when I slipped up and had a character start thinking about something they would never stop to consider. I think I’ve got most of them out, but I keep finding internals or visuals that are still from the original character’s POV.

“I hate thinking about point of view,” the heroic Handsomas thought as his chestnut locks flowed down over his manly shoulders to his rippling biceps. He looked the heroine up and down, his sapphire-blue eyes gleaming like the ripples on the lake near the cottage where he grew up, poor but smug.

It’s no comfort that I even see versions of this error in published books. Speaking as a human being, I rarely think of my bright blue eyes and flowing brown hair, let alone the fact that I grew up poor but smug.

Whether you write in first person, third person or shudder second person all depends on the effect you’re trying to achieve. But whichever you chose, be sure to stay in that POV while you’re in the scene.

Writing a scene that stays completely in the point of view of the character who has the most to lose can immerse the reader within a story. Breaking POV can throw a reader out of the story so fast that they stop reading and don’t come back.

Writer’s Digest has 6 tips on choosing the right POV for a scene. 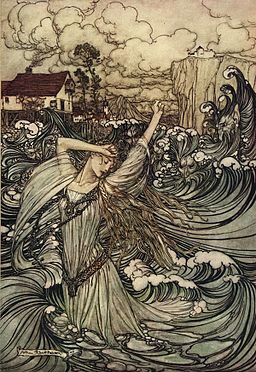 One good thing about entering writing contests is that I got really good at receiving criticism about my writing. I didn’t always agree with the criticism. Sometimes it was infuriating, especially when someone corrected my grammar but didn’t know what they were talking about.

But I found that in one respect, it didn’t matter. Unless the critic was unreservedly enthusiastic, a little part of me felt miffed. I call that part my Inner Diva. Its ego knows no limits, and even the slightest breath of criticism causes the same reaction:

How dare they not SWOON at the mere PRIVILEGE of being in the presence of a work of such INCREDIBLE genius???

(Inner Diva is rather fond of multiple punctuation marks.)

So I’ve learned to allow for that reaction. Whenever I get feedback, I read it, write a thank you (the critic is trying to help me, after all) and then I set it aside and get on with something else. If the criticism was especially harsh, I have to clean something or go outside and pull weeds. Something that involves setting the world to rights.

Then I go back after a couple days and re-read the feedback. Often, on a second reading, the words on the page have magically rearranged themselves so that the critic is much less harsh and much more balanced and reasonable. Sometimes I have to go out on and pull a few more weeds, but usually I can take in their comments and move on with writing.

Just pat your Inner Diva on the head and get on with it.

Here are some Do’s and Don’ts about Rejection. Rejection is a form of feedback, even a ‘Not for us’ note.

Do you have any special tips for dealing with feedback?

“When you print out your manuscript and read it, marking up with a pen, it sometimes feels like a criminal returning to the scene of a crime.”
― Don Roff

It’s revision time. Oh, how do I love thee… not. Looking at the mechanics of the story.

It’s a balancing act trying to get the mixture right. I never feel as if I done it correctly, but maybe feeling like that is part of the process.

Joanna Bourne has an excellent post on balancing the elements of writing.