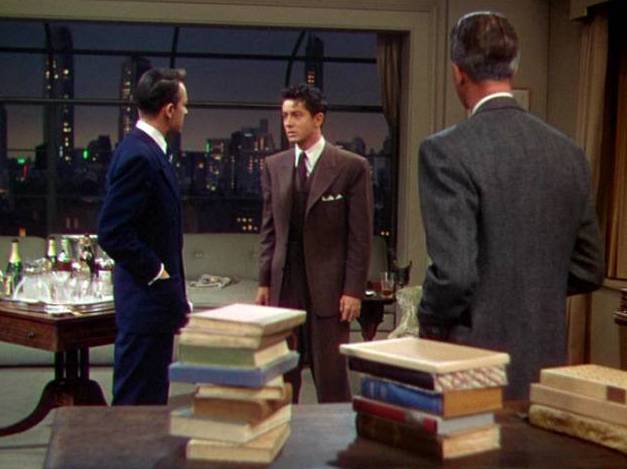 Alfred Hitchcock’s movie Rope isn’t a movie that I like to re-watch because I always feel uncomfortable in a story where the murderer is the protagonist. But it’s a great example of how to create tension. In the picture above, the murderers are being confronted by the one person in the story smart enough to figure out what they’ve done, which is murder a man and hide his body in a trunk.

The murderers and the ‘detective’ are in the background. Hitchcock put the trunk with the dead body in the foreground of the shot. He always kept the tension right in front of the audience.

I have to resist the urge to keep everything secret from the reader until the Great Reveal. That doesn’t produce tension so much as it produces annoyance. It’s far more effective to use suspense instead of surprise.

Hitchcock had the right idea. if the audience can see the danger coming, the tension is high. You’ve caught their attention and they want to know what happens next.

Note to self: Twists in the story are great. But if given the choice, go with suspense every time.