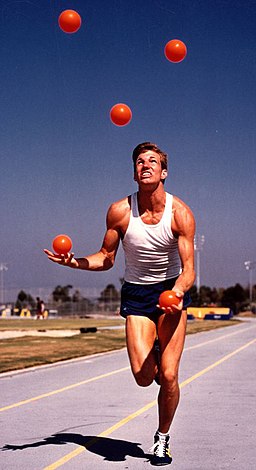 Did you know there really is such a thing as joggling? Juggling while jogging. That’s kind of how I feel right now. Trying to keep several balls in the air while moving forward.

I don’t look anything like the guy in the picture, but I think I might have a similar expression on my face.