I’ve finally managed to drag my muse out from under the bed where she’s been hiding ever since I got Geoff and Lia’s story back from the beta reader.

Here are three facts about the feedback: 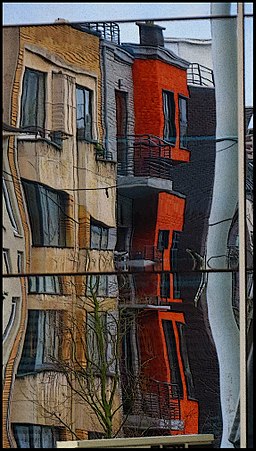 I knew I was being foolish to overreact like that. I did it anyway. I’ve decided that this reaction is part of the process and I’ll just have to accept it. Plus, I need to recognize that this reaction has very little to do with what the beta reader actually said. I apparently have a hearing problem; criticism of my writing is going to be distorted into something monstrous.

What the beta reader actually said: You need to work on areas A, B, and C.

What I heard: You are the worst writer in the history of the planet.

Something inside my head took the perfectly fair, dispassionate, balanced advice that I was offered and turned it upside down and inside out until it was almost unrecognizable.

Maybe it’s a reverse form of egotism. If I can’t be a good writer, then I’m going to immediately rank myself at the opposite end of the spectrum and be the Worst Writer Ever.

All right. Let’s imagine that’s true. In that case, there’s room for improvement. I will aim to be the Second Worst Writer Ever. Move one step up the ladder.

I have finally got myself back to work by ignoble means. Bribery. The only way I am going to let myself start working on the Shiny New Story waiting in the wings is to finish smoothing out Sam and Neil’s story and then revising Geoff and Lia’s story.

I have a confession to make: I am the sort of person who reads other people’s diaries. But I only read them if it’s the author is dead and the diary is published. I’ve read Virginia Woolf’s diaries. She used to note down how she felt at different stages of writing a novel and then come back later and compare it to how she felt about the story later. So I’m going to note here that at this moment I think that Samantha and Neil’s story is the worst thing I’ve ever written. When I started writing it, this story was all glitter and stardust. I want to check back in six months or so and see what I think about it then.

It’s hard to finish a story when you think it’s the worst thing you’ve ever done. I don’t want to submit a horrible story to my editor. But considering how my feelings about a story are going to change, I don’t think I’m the best judge of whether my stories are any good or not.

It’s not my job to reject this story. That’s the editor’s job, and she’s very good at it. I’m going to write it as best I can and then let her do her job. My job is to write it and then go on.

I really do believe that it’s only through writing The Worst Book Ever that I am going to get better. If I keep writing–and finishing–novels, and if I make it a point to analyze where I’ve gone wrong with each story, then I will get better at this.

4 thoughts on “In Praise of Bad Writing”