These days, the emphasis is on writing as many books a year as you can. Books like Rachel Aaron’s 2k to 10k are very popular. The trouble is, writing that many words requires some dedicated writing time.

The other week, I took a vacation. Usually, that means I go visit family or go somewhere with friends, group activities. This time, I was selfish. I took a week off the day job to see what it would be like if my day job were writing novels.

I had an idea that I was toying with, and the secondary characters were hinting they had stories to tell as well. Looked promising. I noted how many words I was writing and the hours when I wrote, to see if there was a certain time of day when I usually wrote the most.

The first couple days, I wrote in the morning and then wrote for a few more hours in the evening. I was getting to know the characters as I developed the story, averaging 5-6 hours a day in the chair, and the words were piling up in a respectable fashion. Not thrilling, but respectable.

The ‘not thrilling’ part worried me. If I want the reader to turn the page, I need to make sure the story grabs their interest. A slow-going pace used to work, and some readers still prefer it. But a fast-paced book is much more likely to sell and gather word-of-mouth recommendations. In the back of my mind, I kept thinking I should find ways to zap some pizzazz into the story.

Then on Wednesday, things changed.

I wrote in the morning, fleshing out the scenes and trying to find ways to amp up the suspense. Then I went to get ready to go run errands. I was brushing my hair when I stopped, put down the hairbrush, and grabbed my notepad. I’d thought of something that might turn out to be writeable, the seed of an idea. By the time I went from the bathroom to my desk, the seed had taken root, sent up shoots, and blossomed to a full-fledged idea.

I never did get those errands done that day. Since I was tracking words-per-hour, I can state with certainty that I wrote 3500 words in the first hour after I got the idea. By the end of the day, I’d written over 7,000 words. Even when I left my desk to get more tea or grab dinner, I took my notepad with me and kept scribbling. The idea had grabbed me and would not let go.

So what changed? What made the difference between the first couple days of “okay” progress and the lightning-fast writing sprint that was the rest of the week? I got an idea that gripped me. It had suspense, tension, drama. I was totally caught up in what I was writing.

How did you get an idea that grabbed you and wouldn’t let go? I kept asking questions. I wasn’t satisfied with what I was writing. I needed something that was exciting. And so I kept asking myself questions, as if I were being interviewed by a journalist who would not stop until they uncovered the truth. Plus, I kinda think I got lucky. But I don’t think I would’ve gotten lucky if I hadn’t been looking.

If you’re a numbers nerd like moi, these are the stats:

Wednesday and Sunday, I only worked half days. I didn’t start at the same time each day, but I wrote from the time I got up until late into the night. That was pretty much all I did on the 10 thousand word days. I gave myself time off on Sunday because my brain was getting tired.

In short bursts, I don’t really notice anything different, physiologically, when I’m writing vs. when I’m not. This was different. Seekerville has a post on creativity and improvisation and how they affect the brain. There really are changes in your brain when you’re writing fast. There’s a physiological aspect to writing. Just because it’s all in your head doesn’t mean it’s not physical.

It was a weird feeling. I could feel my brain working. I read that when the creative areas of the brain are working, there’s more blood flow to those areas.

For example: ordinarily, I am a very good speller. It’s never something I’ve had a problem with. This week? Couldn’t spell anything. The ms. was riddled with typos. At first, I stopped and went back to correct them, but by the end I’d given up trying. They were too prevalent.

Now that I’ve got the first draft written, I am going through to smooth out the gaps and see if I can streamline the narrative. I started out with a lot of characters who only have one or two scenes. I want to see if I can compress these secondary characters, have one fulfilling multiple roles. I should probably track how long revising takes vs. writing. I want to see if I can revise at a faster pace. I took way too much time revising Geoff and Lia’s story. Writing and editing are skills, and skills can be improved. 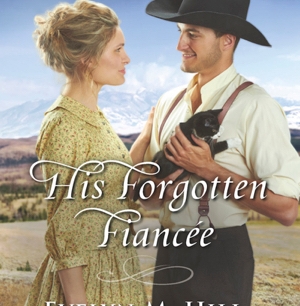 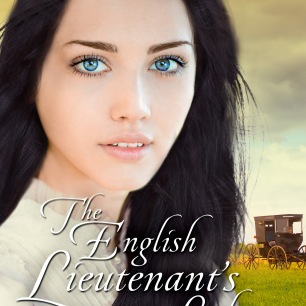