When in doubt, have a man come through a door with a gun in his hand.

I’ve finished the rough draft of Geoff and Lia’s story. I always feel encouraged at this point — I got through it so quickly! (Of course, by the time I finish the second draft, I’ll be moaning about how slowly that went.) I was three quarters done when I stopped to revise my sold manuscript, so once I got back into it, I didn’t have too much trouble finishing this story.

I have learned that I must finish the first draft quickly, or I’ll lose the shape of the story. 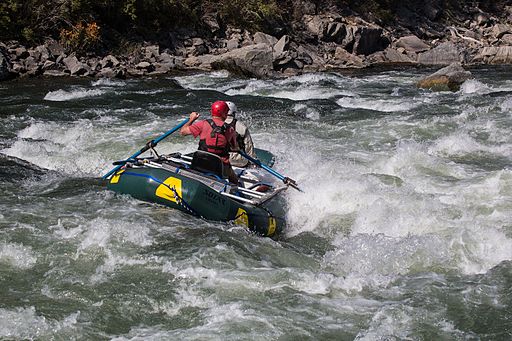 Writing an effective first draft is like following a river that tumbles down from the mountains in a great hurry.

If I take too much time on this draft, it becomes a river that has reached level ground and slowed down, spreading out into innumerable channels with little or no forward momentum.

I get a bit nervous when things slow down. Because I know, I know, that I will start throwing in strange elements to speed the pace up again.

“Hey! Why don’t I have a spaceship filled with an army of robot zombies crash on the ranch? That would be a novel idea for LIH and I am, after all, writing a novel. It’s perfect! I’m sure my editor will looooove it.”

Yes, that’s an extreme example. I don’t honestly understand why zombies appeal to readers, but I can see why writers might like them. Is the story slowing down? Have the hero/heroine get chased by zombies. That will speed up the narrative.

To avoid that kind of scenario, I spew the first draft out in a great hurry. Now that I’ve finished, I’ll set this story aside for a few weeks, if not longer, before I start the slooooow second draft. Once I’ve gotten the first draft written down, the shape of the story is there. I can put it aside to work on other manuscripts.

In the interim, I’ll go back to revising James’ story. It’s been sitting on the back burner since I started the Manuscript Matchmaker contest. On the plus side, this means I’ll come back to the story with a fresh eye. I don’t usually let a story sit this long before starting the revisions. It’ll be interesting to see if that makes a difference.

Everyone has a different approach to drafting. Rex Stout apparently used to go out and work in his garden while he thought about his plot. Then he would go inside, sit down at his desk, and write the story out. Just typed it up and sent it off. I love his Nero Wolfe books, but that scenario… no comprende, señor.

Joanna Bourne wrote a post describing the different drafts she goes through when writing a book. (If you haven’t checked out her blog, you should. Some very good stuff on writing there. And cute animal pictures, of course.)

How do you approach writing a first draft? Do you go slowly, painstakingly polishing each sentence so you don’t have to come back later? Or do you throw yourself into a story and… well, spew?